You found the right website if you are searching for homes for sale in Hampton VA. Our website has EVERY Hampton home for sale in VIRGINIA listed with the Real Estate information Network, Inc. (REIN).

If you are a Hampton home buyer, our foremost goal is to provide you with exceptional customer service. Our goals are to help you purchase the right home, make sure you don’t miss out on any homes that meet your needs, and make sure you don’t pay too much for your next home. Please utilize our Hampton real estate expertise to make your home search and buying experience as stress free and rewarding as possible.

If you considering selling your Hampton home, we utilize the latest, cutting-edge, real estate marketing tools to expose your property to the widest range of potential buyers. We are here to get your house aggressively marketed to sell as quickly as possible and for the best price! Our goals are to help you get your Hampton home sold, put you in the strongest negotiating position as possible, and to make it easier for you and reduce surprises.

Get Your Hampton Home Value »

Hampton Virginia is a waterfront community established in 1610, being one of America’s oldest cities. The city was recognized by Money Magazine to be one of the best places to live.

There are various universities, business and government organizations that play a major role it its
economy. In fact, Hampton University, a private historically black university founded in 1868, continues to be a pillar for educating today’s youth. From local educators and students to welcoming people from many nations, it is considered one of the top historically black universities in the world.

You’ll never run out of things to see and do in Hampton. Explore its many festivals, cultural art exhibits and attractions. Make sure you put the Hampton Jazz Festival on your list. Shop at the Peninsula Town Center, visit the Virginia Air and Space Center, enjoy art exhibits at the Hampton History Museum, take in a concert at the Hampton Coliseum, or enjoy a play at The American Theatre – the choice is yours! Whether it’s dining, entertainment, or shopping, you’re never too far away from the sights and sounds that make up the Hampton Roads lifestyle.

Hampton traces its history to the city’s Old Point Comfort, the home of Fort Monroe for almost 400 years, which was named by the 1607 voyagers, led by Captain Christopher Newport, who first established Jamestown as an English colonial settlement. Since consolidation in 1952, Hampton has included the former Elizabeth City County and the incorporated town of Phoebus, consolidating by mutual agreement.

After the end of the American Civil War, historic Hampton University was established opposite from the town on the Hampton River, providing an education for many newly-freed former slaves and for area Native Americans. In the 20th century, the area became the location of Langley Air Force Base, NASA Langley Research Center, and the Virginia Air and Space Center. Hampton features many miles of waterfront and beaches.

For residents and visitors alike, the city features a wide array of business and industrial enterprises, retail and residential areas, and historical sites. Most recently, the new Peninsula Town Center development opened in May 2010 on the site of the former Coliseum Mall. Located in the area adjacent to the Hampton Coliseum and the Convention Center, the new urbanism-type project features a wide mix of retail stores, housing and other attractions.Development of new residential development and additional public facilities (such as the new fishing pier recently opened) are underway at Buckroe Beach, long a noted resort area.

Located on the Hampton Roads Beltway, it hosts the Hampton Roads Bridge-Tunnel (HRBT) on Interstate 64. First opened in 1957, it was the world’s first bridge-tunnel, crossing the mouth of the Hampton Roads harbor, which serves as the gateway to the Chesapeake Bay and the Atlantic Ocean from the eastern United States’ largest ice-free harbor and its tributary rivers. Expanded in the 1970s, the HRBT remains Virginia’s busiest and deepest such facility.

In December 1606, three ships carrying men and boys left England on a mission sponsored by a proprietary company. Headed by Captain Christopher Newport, they sailed across the Atlantic Ocean to North America. After a long voyage, they first landed at the entrance to the Chesapeake Bay on the south shore at a place they named Cape Henry (for Henry Frederick, Prince of Wales, the elder son of their king).

During the first few days of exploration, they identified the site of Old Point Comfort (which they originally named “Point Comfort”) as a strategic defensive location at the entrance to the body of water that became known as Hampton Roads. This is formed by the confluence of the Elizabeth, Nansemond, and James rivers. The latter is the longest river in Virginia.

Weeks later, on May 14, 1607, they established the first permanent English settlement in the present-day United States about 25 miles (40 km) further inland from the Bay which became the site of fortifications during the following 200 years.

Slightly south, near the entrance to Hampton River, the colonists seized the Native American community of Kecoughtan under Virginia’s Governor, Sir Thomas Gates. The colonists established their own small town, with a small Anglican church (known now as St. John’s Episcopal Church), on July 9, 1610. This came to be known as part of Hampton. (With Jamestown having been abandoned in 1699, Hampton claims to be the oldest continuously occupied English settlement in the United States).[9] Hampton was named for Henry Wriothesley, 3rd Earl of Southampton, an important leader of the Virginia Company of London, for whom the Hampton River, Hampton Roads and Southampton County were also named. The area became part of Elizabeth Cittie [sic] in 1619, Elizabeth River Shire in 1634, and was included in Elizabeth City County when it was formed in 1643. By 1680, the settlement was known as Hampton, and it was incorporated as a town in 1705 and became the seat of Elizabeth City County.

In the latter part of August 1619, an English ship flying a Dutch flag, the White Lion, appeared off shore from Point Comfort. Its cargo included 20 plus Africans captured from the slave ship Sao Joao Bautista. These were the first Africans to come ashore on English-occupied land in what would become the United States. John Rolfe, the widower of Pocahontas, wrote in a letter that he was at Point Comfort and witnessed the arrival of the first Africans. Although these first Bantu men from Angola were considered indentured servants, their arrival marked the beginning of slavery in North America. Two of the first Africans to arrive at Old Point Comfort in 1619 were Antoney and Isabella. Their child, the first of African descent born in North America, was born baptized January 1624.

Shortly after the War of 1812, the US Army built a more substantial stone facility at Old Point Comfort. It was called Fort Monroe in honor of President James Monroe. The new installation and adjacent Fort Calhoun (on a man-made island across the channel) were completed in 1834.

Fort Monroe, Hampton and the surrounding area played several important roles during the American Civil War (1861–1865). Although most of Virginia became part of the Confederate States of America, Fort Monroe remained in Union hands. It became notable as a historic and symbolic site of early freedom for former slaves under the provisions of contraband policies and later the Emancipation Proclamation. After the War, former Confederate President, Jefferson Davis was imprisoned in the area now known as the Casemate Museum on the base.

The ruins of Hampton in 1862
To the south of Fort Monroe, the Town of Hampton had the misfortune to be burned during both the American Revolutionary War and the American Civil War. From the ruins of Hampton left by evacuating Confederates in 1861, “Contraband” slaves (formerly owned by Confederates and under a degree of Union protection) built the Grand Contraband Camp, the first self-contained African Americancommunity in the United States. A number of modern-day Hampton streets retain their names from that community. The large number of contrabands who sought the refuge of Fort Monroe and the Grand Contraband Camp led to educational efforts which eventually included establishment of Hampton University, site of the famous Emancipation Oak.

The original site of the Native American’s Kecoughtan Settlement was near the present site of a Hampton Roads Transit facility.[10] To the south of present-day Hampton, a small unrelated incorporated town also named Kecoughtan many years later and also located in Elizabeth City County was annexed by the city of Newport News in 1927. It is now part of that city’s East End.

Hampton was incorporated as a city in 1849.[1] On March 30, 1908, Hampton was separated from Elizabeth City County and became an independent city. However, it remained the county seat and continued to share many services with the county. On July 1, 1952, following approval of voters of each locality by referendum, the city of Hampton, the incorporated town of Phoebus and Elizabeth City County merged into the independent city of Hampton. It was the first of a series of political consolidations in the Hampton Roads region during the third quarter of the 20th century.

There were 53,887 households out of which 32.5% had children under the age of 18 living with them, 46.2% were married couples living together, 16.4% had a female householder with no husband present, and 33.4% were non-families. 26.6% of all households were made up of individuals and 7.9% had someone living alone who was 65 years of age or older. The average household size was 2.49 and the average family size was 3.02.

The Census estimate for 2005 shows that the city’s population was down slightly to more, 145,579.

Thinking of Buying or Selling a Hampton, VA Home? 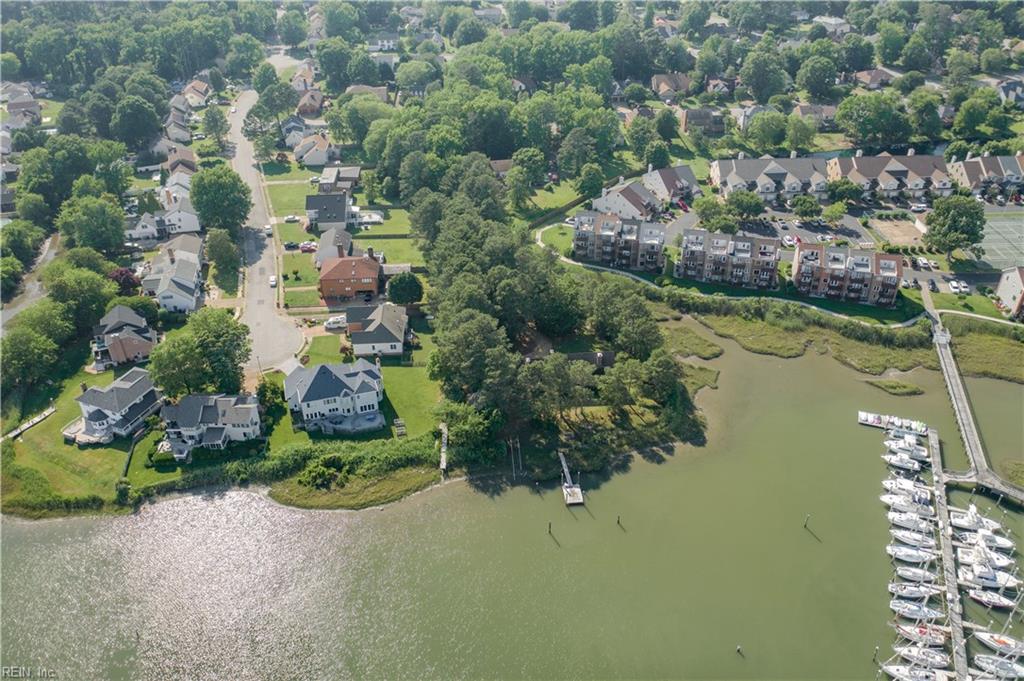 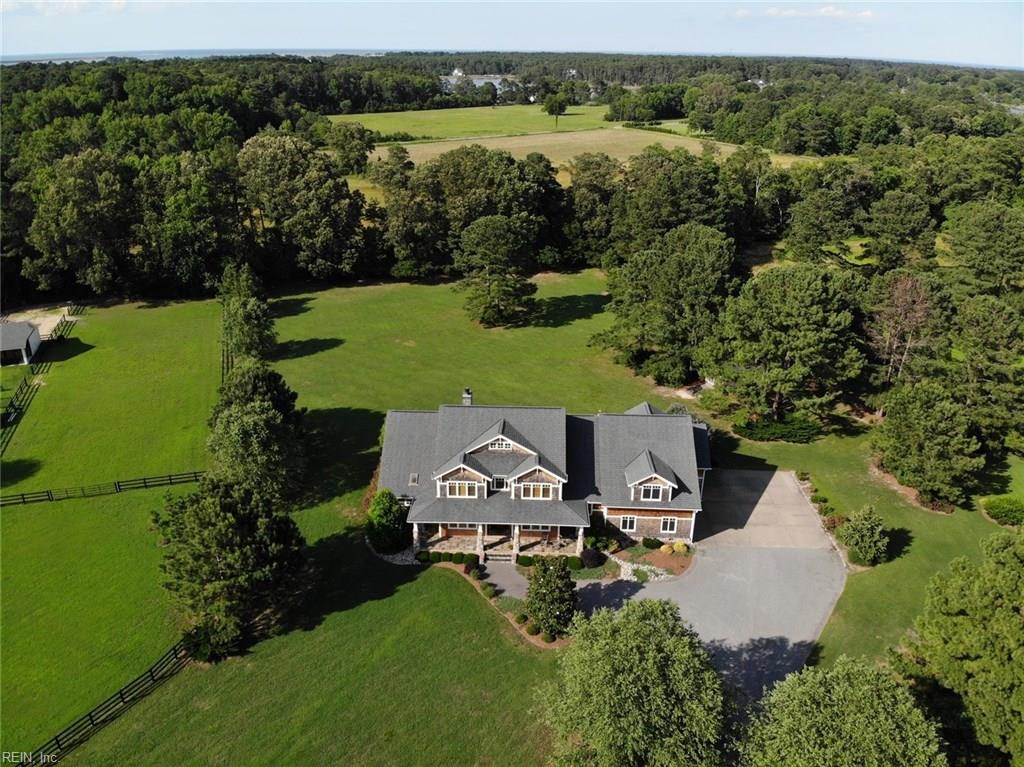 Thinking of Buying or Selling a Hampton, VA Home?