You found the right website if you are searching for homes for sale in Chesapeake VA. Our website has EVERY Chesapeake home for sale in VIRGINIA listed with the Real Estate information Network, Inc. (REIN).

If you are a Chesapeake home buyer, our foremost goal is to provide you with exceptional customer service. Our goals are to help you purchase the right home, make sure you don’t miss out on any homes that meet your needs, and make sure you don’t pay too much for your next home. Please utilize our Chesapeake real estate expertise to make your home search and buying experience as stress free and rewarding as possible.

If you considering selling your Chesapeake home, we utilize the latest, cutting-edge, real estate marketing tools to expose your property to the widest range of potential buyers. We are here to get your house aggressively marketed to sell as quickly as possible and for the best price! Our goals are to help you get your Chesapeake home sold, put you in the strongest negotiating position as possible, and to make it easier for you and reduce surprises.

Get Your Chesapeake Home Value »

Located along the Intracoastal Waterway in Coastal Virginia, Chesapeake beckons you to explore the city while you savor it captivating history and rich culture.

Did you know that Edgar Allan Poe reportedly wrote parts of his famous poem, “The Raven” while exploring the Dismal Swamp Canal? Have an adventure of your own while journeying through its salt waterways, scenic trails at the Northwest River Park & Campground, and learn about local wildlife at the Great Dismal Swamp National Wildlife Refuge.

Don’t miss out on the city’s many cultural events and festivals held throughout the year. Dining out is an experience you won’t forget. There are many restaurants around town as well as shopping at the very popular Greenbrier Mall.

In Chesapeake there’s so much to see and do. Why not enjoy it all!

Chesapeake is included in the Virginia Beach–Norfolk–Newport News, VA–NC MSA. One of the cities in the South Hampton Roads, Chesapeake was organized in 1963 by voter referendums approving the political consolidation of the city of South Norfolk with the remnants of the former Norfolk County, which dated to 1691. (Much of the territory of the county had been annexed by other cities.) Chesapeake is the second-largest city by land area in the Commonwealth of Virginia, and the 17th-largest in the United States.

Chesapeake is a diverse city in which a few urban areas are located; it also has many square miles of protected farmland, forests, and wetlands, including a substantial portion of the Great Dismal Swamp National Wildlife Refuge. Extending from the rural border with North Carolina to the harbor area of Hampton Roads adjacent to the cities of Norfolk, Portsmouth, Suffolk, and Virginia Beach, Chesapeake is located on the Atlantic Intracoastal Waterway. It has miles of waterfront industrial, commercial and residential property.

In 2011, Chesapeake was named the 21st best city in America by Bloomberg Businessweek. Chesapeake is home to the international Headquarters for Dollar Tree.

Formed in 1691 in the Virginia Colony, Norfolk County had originally included essentially all the area which became the towns and later cities of Norfolk, Portsmouth, and South Norfolk. Its area was reduced after 1871 as these cities added territory through annexations. Becoming an independent city was a method for the former county to stabilize borders with neighbors, as cities could not annex territory from each other.

The relatively small city of South Norfolk had become an incorporated town within Norfolk County in 1919, and became an independent city in 1922. Its residents wanted to make a change to put their jurisdiction on a more equal footing in other aspects with the much larger cities of Norfolk and Portsmouth. In addition, by the late 1950s, although immune from annexation by the bigger cities, South Norfolk was close to losing all the county land adjoining it to the city of Norfolk in another annexation suit.

The consolidation that resulted in the city of Chesapeake was part of a wave of changes in the structure of local government in southeastern Virginia which took place between 1952 and 1975.

The Chesapeake region was among the first areas settled in the state’s colonial era, when settlement started from the coast. Along Chesapeake’s segment of the Intracoastal Waterway, where the Great Bridge locks marks the transition between the Southern Branch Elizabeth River and the Chesapeake and Albemarle Canal, lies the site of the Battle of Great Bridge. Fought on December 9, 1775, in the early days of the American Revolutionary War, the battle resulted in the removal of Lord Dunmore and all vestiges of English Government from the Colony and Dominion of Virginia.

Photograph of Lake Drummond, Great Dismal Swamp National Wildlife Refuge, Virginia
Until the late 1980s and early 1990s, much of Chesapeake was either suburban or rural, serving as a bedroom community of the adjacent cities of Norfolk and Virginia Beach with residents commuting to these locations. Beginning in the late 1980s and accelerating in the 1990s, however, Chesapeake saw significant growth, attracting numerous and significant industries and businesses of its own. This explosive growth quickly led to strains on the municipal infrastructure, ranging from intrusion of saltwater into the city’s water supply to congested roads and schools.

Chesapeake made national headlines in 2003 when, under a court-ordered change of venue, the community hosted the first trial of alleged Beltway sniper Lee Boyd Malvo for shootings in 2002. A jury convicted him of murder but spared him a potential death sentence; it chose a sentence of “life in prison without parole” for the young man, who was 17 years old at the time of the crime spree. A jury in neighboring Virginia Beach convicted his older partner John Allen Muhammad and sentenced him to death for another of the attacks.

The northeastern part of the Great Dismal Swamp is located in Chesapeake.

Chesapeake is one of the larger cities in Virginia and the nation in terms of land area. This poses challenges to city leaders in supporting infrastructure to serve this area. In addition, the city has many historically and geographically distinct communities. City leaders are faced with conflicts between development of residential, commercial and industrial areas and preservation of virgin forest and wetlands. Within the city limits in the southwestern section is a large portion of the Great Dismal Swamp.

There were 69,900 households out of which 41.0% had children under the age of 18 living with them, 59.7% were married couples living together, 14.0% had a female householder with no husband present, and 22.5% were non-families. 18.0% of all households were made up of individuals and 5.9% had someone living alone who was 65 years of age or older. The average household size was 2.79 and the average family size was 3.17.

Thinking of Buying or Selling a Chesapeake, VA Home? 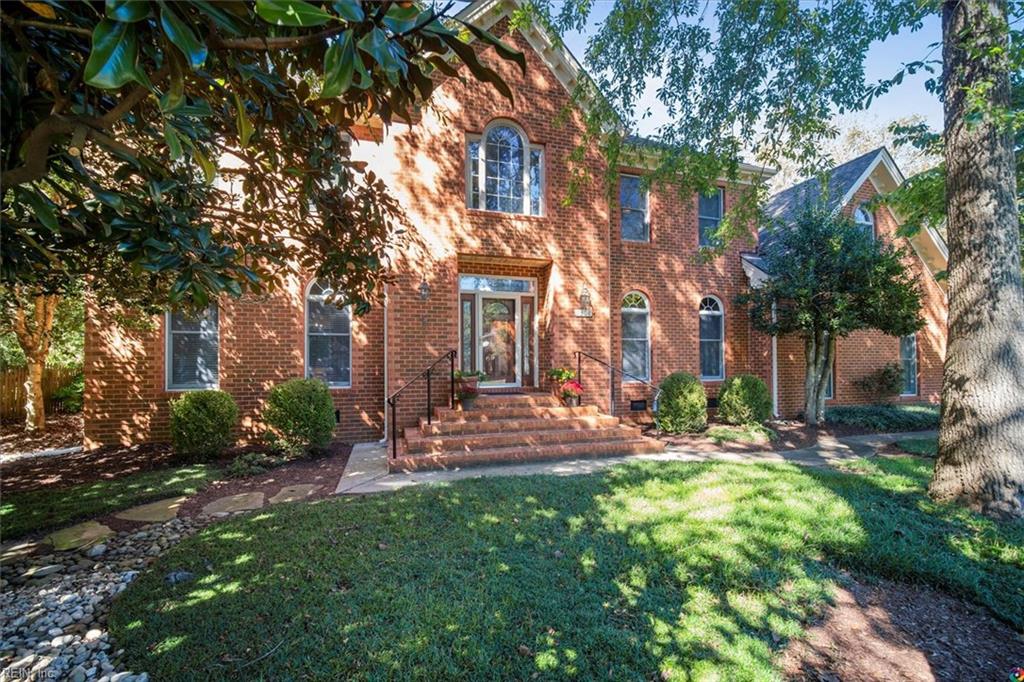 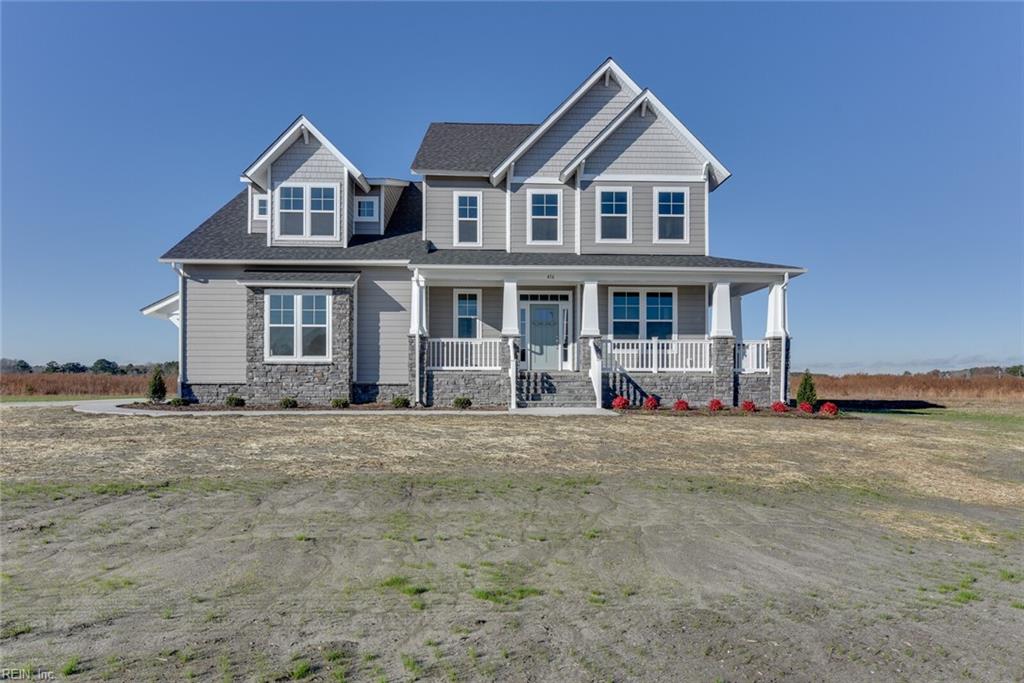 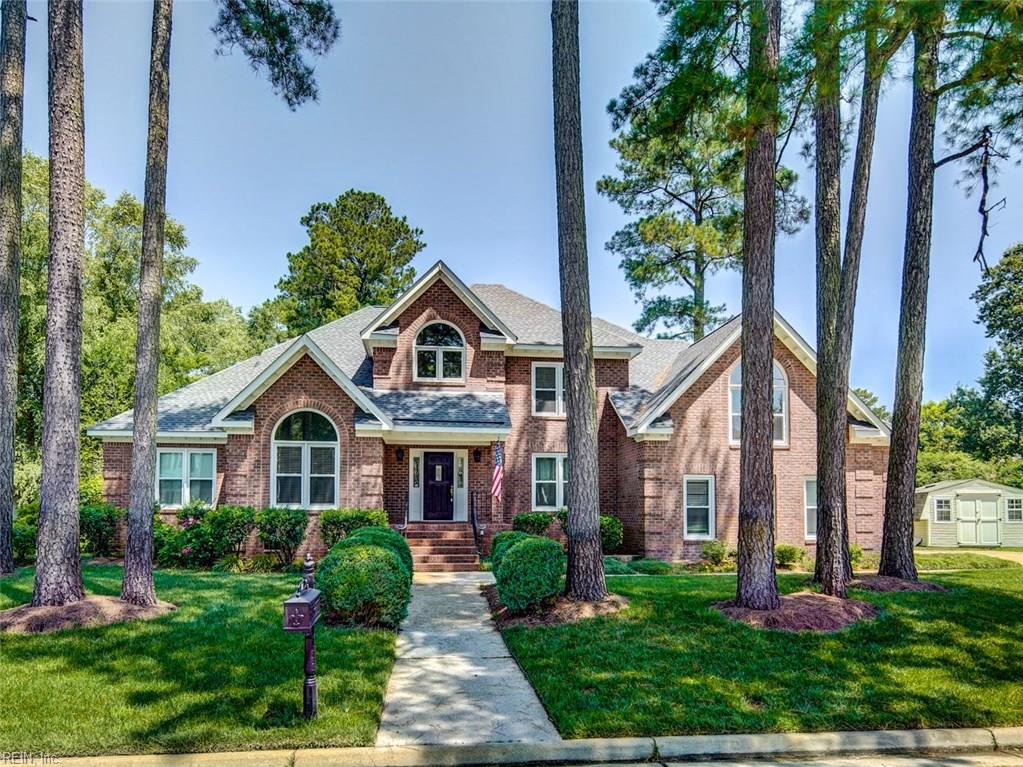 Thinking of Buying or Selling a Chesapeake, VA Home?